Equipped with eight lenses, eight individually controllable 10W LEDs (two red, two green, two blue, two white) and a tight 3⁰ beam angle, the Astro 360 produces a series of concise RGBW beams. These individual beams can then be switched on and off to create multi-faceted effects that are well-suited to lighting the dance-floor in small and mid-sized venues, while these retro looks also make the Astro 360 great for any 60s, 70s and 80s-themed parties.

As well as its far-reaching colour-beam displays, users will find that the Astro 360 also offers continuous pan rotation and 180⁰ tilt, as well as a bi-directional rotating dish, enabling widespread displays of spinning beams to be generated and allowing mobile DJs to fill the rooms they work in with movement and colour.

When it comes to control, the Astro 360 offers both stand-alone and DMX modes, as well as being easy to connect in master/slave mode, while a built-in microphone ensures impactful sound-to-light effects using various pre-programmed displays and macros. Using the 6- or 10-channel DMX settings, mobile DJs can enjoy greater control over the Astro 360s individual beams, turning different LEDs on and off to create a unique lightshow for their audiences.

Housed in a lightweight but robust black metal casing, the portable Astro 360 is easy to incorporate into any mobile rig, weighing a total of 6.9kg and measuring just 270 x 170 x 330mm. Two mounting brackets, meanwhile, allow users to hang the unit up high to create aerial effects above the dance-floor. Furthermore, with Powercon in/out connections on the products rear panel, mobile DJs can daisy-chain the power for numerous units, allowing them to generate a more expansive lighting display using multiple Astro 360s!

The Showtec Astro 360 is available now from Highlite at an SSP of 599. 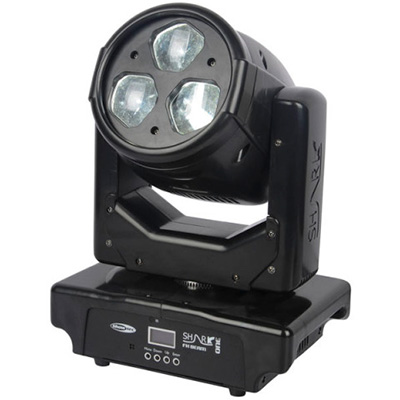 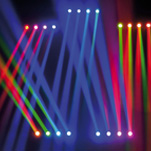 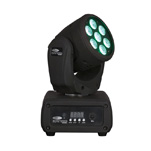