The Warlock combines a bright 132W Philips® Platinum MSD 2R lamp (co-engineered with ADJ) with an internal rotating reflector mirror, allowing mobile DJs to project colour/GOBO moonflower effects that tilt and spin continuously, thanks to 360⁰ rotation. As well as this flexible movement and powerful light source, the Warlock also boasts a tight 28⁰ beam angle, giving users the ability to create cutting beams that look great slicing through fog and haze above the dance-floor.

Combining separate colour and GOBO wheels, the Warlock offers 12 GOBO patterns (plus spot) and 12 colours (plus white) to allow mobile DJs to project spinning moonflower patterns in a range of hues (including split colours) down onto the dance-floor, enhancing the effects with the unit’s GOBO shake and GOBO scroll features.

The Warlock is also capable of unique movement, combining its internal rotating reflector mirror with the 180⁰ tilt and 360⁰ pan of its separate barrel-mirror scanner. This 360⁰ scope makes the Warlock an ideal centrepiece fixture for mobile DJs, allowing them to fill the dance-floor or venue with all-encompassing colour moonflower effects. Strobe and pulse effects can also be triggered, allowing mobile DJs to create a club-style atmosphere for their guests.

“We really feel that the new Warlock is the embodiment of everything ADJ stands for, offering our renowned good value without compromising on quality,” says National Sales Manager for ADJ USA, Alfred Gonzales. “With its unbelievably powerful 132W Philips Platinum MSD 2R source and all-encompassing 360⁰ mirror movement, the Warlock lets users bring potent coloured moonflower effects to every corner of a venue, without the need to blow their budget.”

In terms of control, the Warlock gives users access to three operational modes: Show Mode, Sound Active Mode and an 8-channel DMX-Controlled Mode. Using the Show and Sound Active modes, mobile DJs with limited knowledge of DMX can make the most of the fixture’s six built-in programs, which generate simple but effective displays either automatically or in time to music. Meanwhile, for those who want more in-depth control, the 8-channel DMX mode gives users the flexibility to tailor their lightshow to suit a particular event or client request.

With IEC in/out connections, users can also daisy-chain the power for up to six units at 230V, saving the hassle of extensive wiring and enabling them to reinforce their lightshow with multiple effects. Furthermore, weighing in at just 10kg and with compact dimensions (512 x 516 x 354mm), mobile users can easily take the Warlock on the road with them as part of a more extensive lightshow, without taking up valuable space in their vehicle. 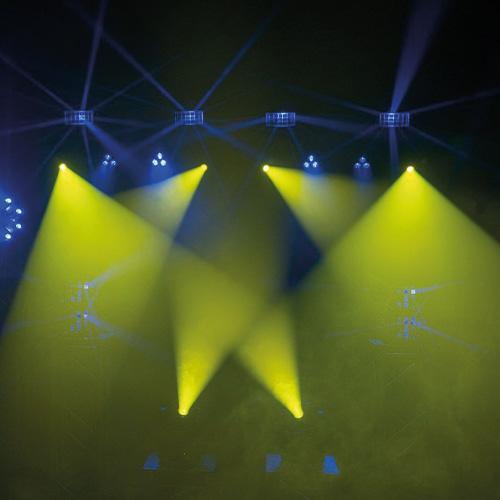 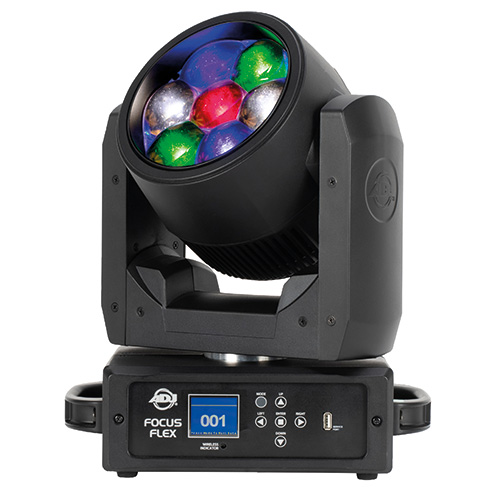 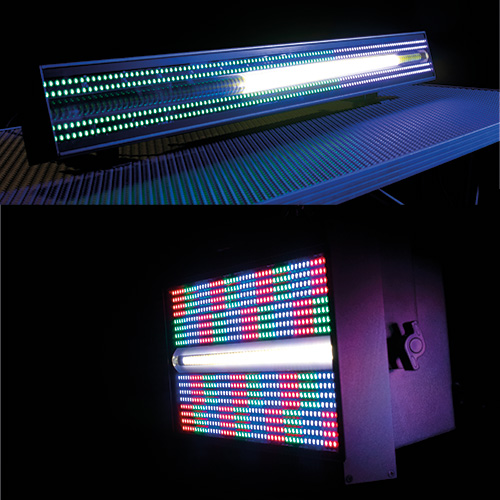